Protect our right to vote!

In the wake of a historic election, we have the perfect opportunity to reverse years of voter suppression.

Newly elected Prime Minister Anthony Albanese is out to prove he's going to do things differently to his predecessor, committing to improve remote voting after one in three people in Lingiari didn't vote in the election.1

We need to show his government they have a mandate to keep their promises, so let's create a deafening roar to protect our hard-fought rights to electoral participation and democracy.

Will you sign the petition to defend our most foundational civic rights: casting a vote? 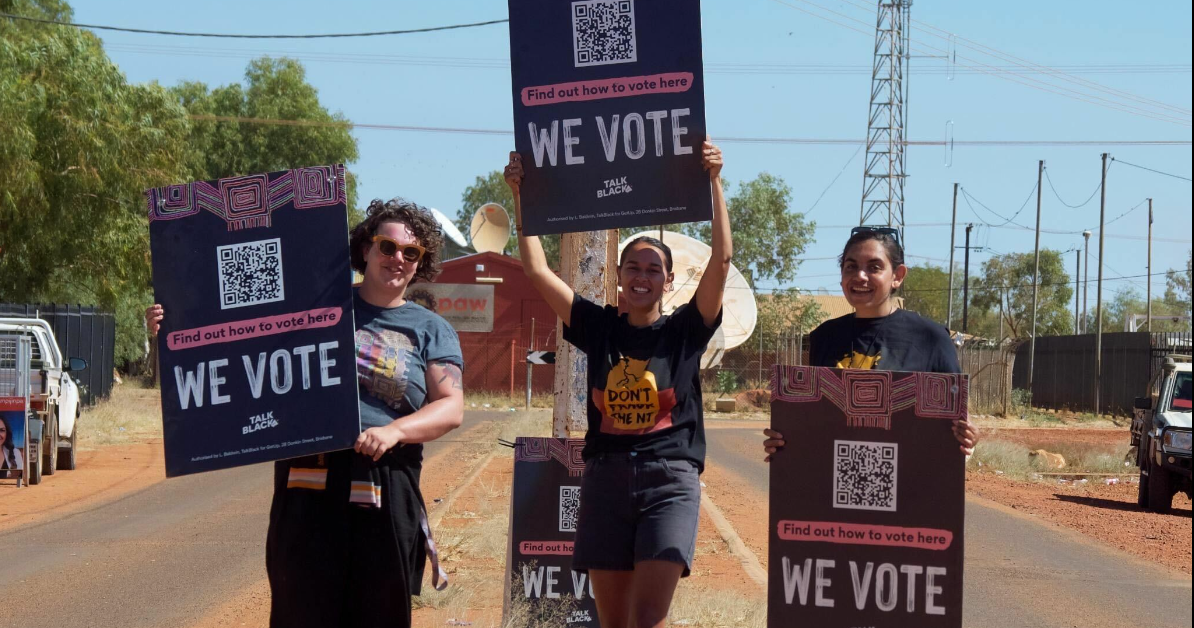 What is the state of voter suppression in Australia?
At the hands of the Morrison Government, Aboriginal people and communities faced enormous barriers to electoral participation:


They did everything in their power to stop Aboriginal voices and aspirations being heard. But now we have a chance to reverse all of it and strengthen democratic participation in our communities.

To the Albanese Government,

Everyone has the right to vote. We expect you to prioritise your commitment to increase democratic participation in remote communities.