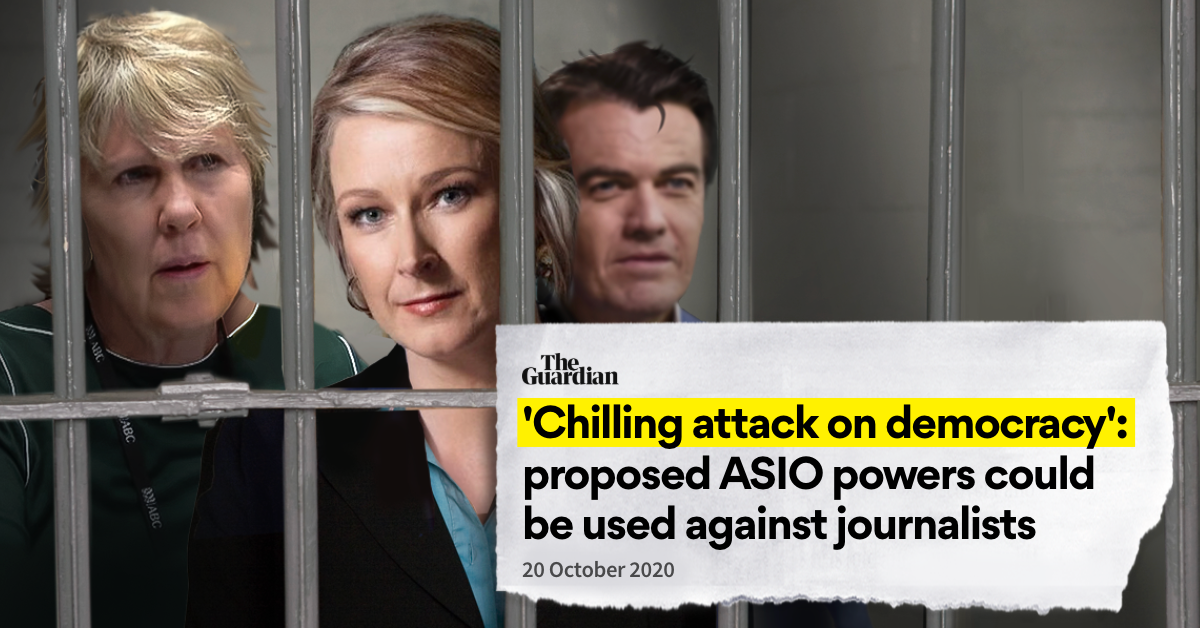 He's pushing for changes to laws that would let his spy agencies track your movements and listen to your conversations without oversight, detain children as young as 14, and prevent you from having a lawyer present.1
It could see businesses, journalists, and civil society investigated for 'espionage' just for doing their jobs.

Lawyers, experts and politicians from across the spectrum have slammed the proposed changes, calling them dangerous and invasive.2

We can't let this attack on our civil rights be waved through Parliament, and the only way that happens is if we dial up the pressure fast.

Can you add your name to the petition calling on politicians from across the spectrum to oppose these changes?
Read more about the changes
On 13 May, Minister for Home Affairs Peter Dutton tabled amendments to the ASIO Act which included the following changes: The bill was referred to the Parliamentary Joint Committee on Intelligence and Security and the community is still waiting on their report and recommendations. This committee only includes politicians from the major parties and is chaired by Coalition MP Andrew Hastie.
What does our legal advice say?
GetUp members chipped in to obtain independent legal advice investigating Dutton's proposed changes, and how we can stop them.

Minister Dutton’s proposed amendments to give ASIO far-reaching powers is a dangerous move.

We call on politicians to oppose these amendments.