A groundbreaking artistic collaboration between Northern Territory Traditional Owners and Melbourne artist Coree Thorpe was unveiled in North Fitzroy on Thursday, as part of a nationwide campaign against the Federal Government's policy of giving free money to the gas corporations that want to frack the Northern Territory.

Featuring the likeness and words of Northern Territory Traditional Owner Gadrian Hoosan — who has spent over a decade fighting to protect land, water and cultural heritage from corporations like Origin Energy, Empire Energy and Santos from fracking the Beetaloo Basin — the new mural on George Street in the heart of Melbourne sends a powerful message that First Nations communities across the NT are saying no to fracking on their country.

The artist, Coree Thorpe, is a Gunnai, Yorta Yorta and Gunditjmara man. Growing up surrounded by art and activism, Coree has always had a passion for creativity; for standing strong in who you are and for ensuring that community and family are at the heart of everything.

Coree and representatives from GetUp and the Seed Indigenous Youth Climate Network are available for comment.

More photos will be available on request.

"We're really excited and proud to partner with Seed and Coree to work with Northern Territory Traditional Owners in bringing their message to the heart of Melbourne.

"This artwork sends a strong and powerful message: that, all over the country, people are standing up and saying no to fracking the NT.

"There's a reason this issue resonates beyond the NT: it's not just a Territory issue. The emissions produced through fracking the Beetaloo Basin will impact everyone in Australia — and around the world.

"Gas and mining companies have a history of destroying land, water, and sacred and culturally significant sites all over the country. That's a devastating loss — not just for Traditional Owners and local First Nations communities, but for everyone.

"For years, Traditional Owners across the NT have been leading this fight. It's only right that their faces and words are the centrepiece of this project, and that the movement to stop fracking in the NT champions their work and their accomplishments."

"I'm really proud to support Traditional Owners up in the NT fight against fracking. It's about solidarity: their fight in the Basin is our fight too.

"Hopefully bringing the faces and words of Traditional Owners like Gadrian Hoosan to Melbourne will help wake people up to what's going on in the NT. They've been fighting against fracking for a long time, and they deserve support from people in cities like Melbourne." 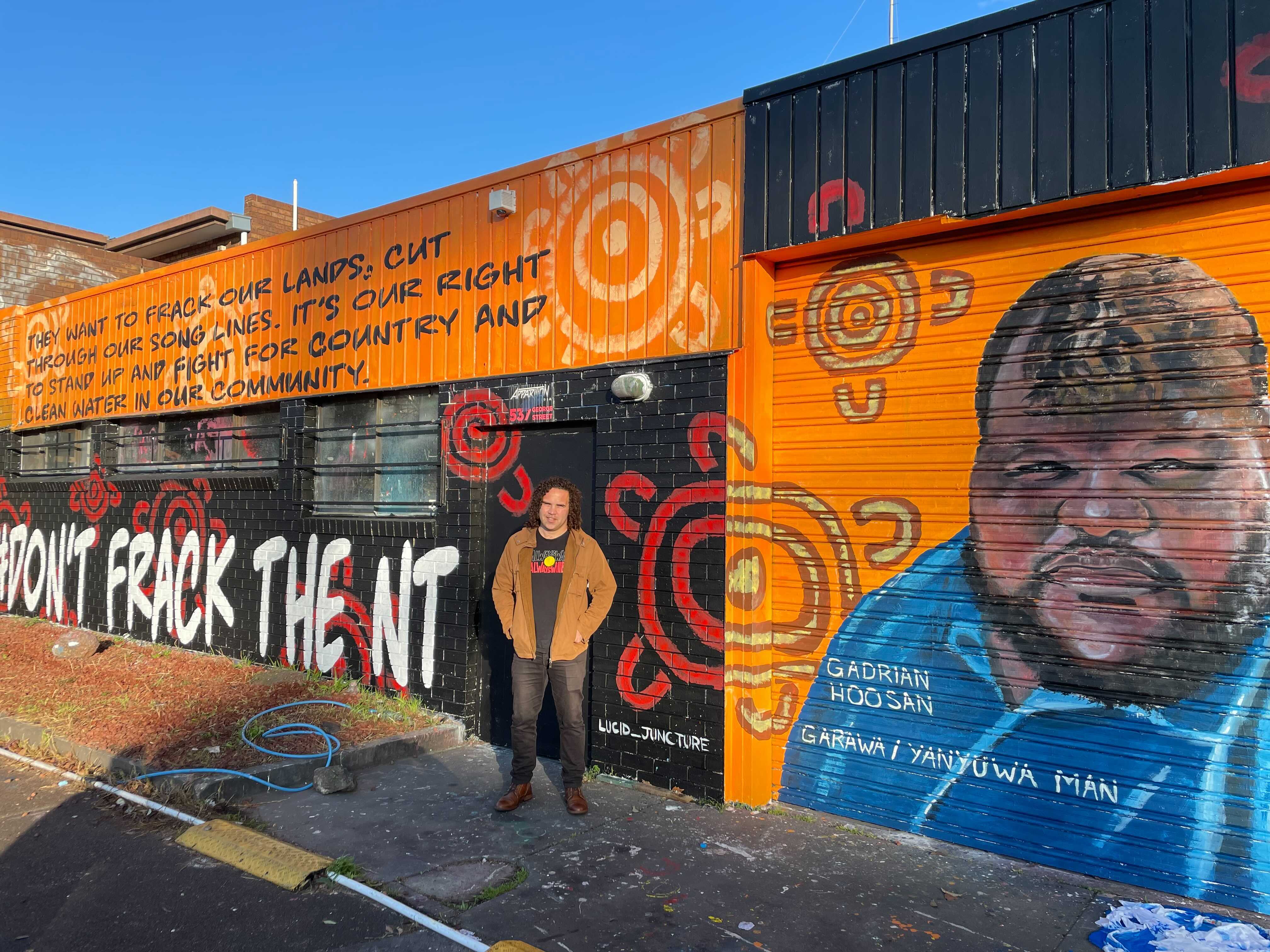